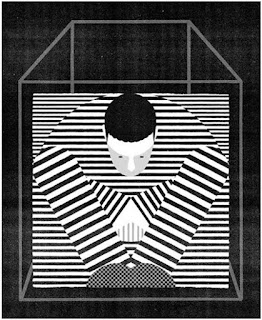 The Supreme Court’s decision in the case of Hector Ayala, who has been on California’s death row for 25 years, turned on the question of whether a judge could hear a prosecutor’s reasons for dismissing people from the jury pool without the defendant’s lawyer being present. On Thursday, the court ruled 5-4 that excluding the lawyer was a harmless error.
That result was perhaps not surprising from the court’s conservative majority. What was remarkable, however, was Justice Anthony Kennedy’s remarks, in his concurring opinion, about Mr. Ayala’s decades in solitary confinement. While he agreed with the majority on the result, Mr. Kennedy wrote separately to address what has become one of his most pressing concerns: America’s broken criminal justice system in general, and prolonged solitary confinement in particular.
It is likely, Mr. Kennedy wrote, that Mr. Ayala “has been held for all or most of the past 20 years or more in a windowless cell no larger than a typical parking spot for 23 hours a day; and in the one hour when he leaves it, he likely is allowed little or no opportunity for conversation or interaction with anyone.” The Supreme Court has rarely mentioned this practice, and it has never ruled on whether the practice violates the constitutional ban on cruel and unusual punishments. But as Justice Kennedy wrote, this sort of “near-total isolation exacts a terrible price,” long understood by courts and commentators.
In making his point, he quoted Dostoyevsky: “The degree of civilization in a society can be judged by entering its prisons.” He cited the case of Kalief Browder, a young New York City man who killed himself this month after being held as a teenager at Rikers Island without trial for three years, two of them in solitary. And he noted research showing that solitary confinement is most harmful to young people and the mentally ill, who often end up in prison.
This is not the first time Justice Kennedy has aired his concerns about solitary confinement — he spoke out against the practice during testimony before Congress in March. But in addressing the brutality of this punishment at length in an opinion, he raises a constitutional question even if some of his colleagues would rather avoid it.
In a brief, sour retort that read more like a comment to a blog post, Justice Clarence Thomas quipped that however small Mr. Ayala’s current accommodations may be, they are “a far sight more spacious than those in which his victims, Ernesto Dominguez Mendez, Marcos Antonio Zamora, and Jose Luis Rositas, now rest.” It was a bizarre and unseemly objection. The Eighth Amendment does not operate on a sliding scale depending on the gravity of a prisoner’s crime.
Justice Kennedy seemed eager to consider whether prolonged solitary confinement is unconstitutional. If faced with a lawsuit raising this issue, he wrote, the courts may have to decide “whether workable alternative systems for long-term confinement exist, and, if so, whether a correctional system should be required to adopt them.” In other words, he was saying, bring us a case.
Posted by FFUP at 8:50 AM