My name is Cesar DeLeon #322800. I am joining the “Dying to Live” hunger strike because prior to being placed on the long term solitary confinement unit I was subjected without my consent, to a pscho-torture/fear-conditioning secret program mind control program. The program left me with P.T. S. D. and because the DOC refused to give me treatment to deal with the P.T.S.D>(because to do so would mean taking responsibility for having caused it in the first place), I ended up being accused of assaulting one of the employees who assisted in helping to subject me through the program. Now I find myself in the long term solitary confinement unit subject to be locked away indefinitely as a human experiment gone terribly wrong. I want to expose this secret program to the public and help other inmates who have been subjected through this program to come out and share their experiences.
Cesar on Mind Control 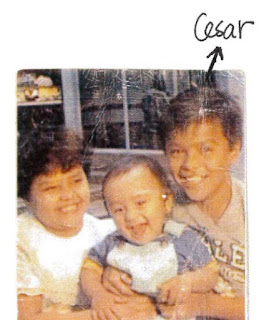 My name is Rosa Maria Landeros de Leon. I am Cesar De Leon’s mother. He was born in Guadalajara, Mexico. He is the second oldest of four children. He has three siblings, two brothers and a sister. He likes to read, listen to music, and to cook for his family.
During his childhood in Mexico, he had a sheltered life and was closely taken care of by his mother. He was raised in a family with lots of love and care. We taught him to be respectful and shared with him good principles. He was an excellent student, and served as an acolyte at church.
When he was 8 years old, we had to move to the United States due to our financial struggles in our homeland. At first, he was doing so well at school that he even made the honor roll.  But unfortunately, my husband and I were both forced to work in order to survive. This gave Cesar the freedom to be out in the streets, meeting people that were a bad influence to him.
Cesar had to help me out by taking care of his baby brother while I was out at work. They had a very close relationship, and he loved him very much. But sadly, he died in 2010 from kidney failure, when he was only 18 years old, while Cesar was in prison. Not being able to be present for his brother’s funeral affected Cesar deeply.
Cesar has a 14 year old son who lives with us, his name is also Cesar. His father suffers for not being able to be with him. He knows that he made bad decisions in his life, and he’s paying a high price for his mistakes.
He is a strong man, but many past experiences have broken him down. My son is a human being with virtues as well as defects; but his family loves him, and we share with him his suffering and struggles. 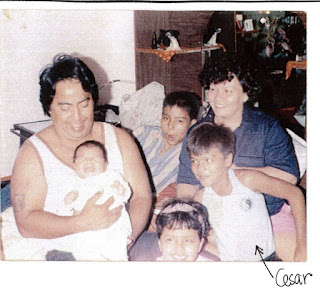 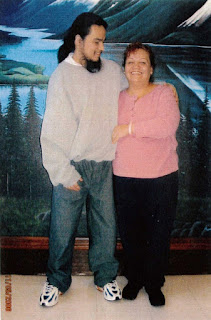 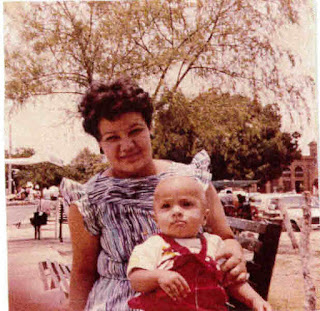