Psychological Abuse and Torture in guise by Uhuru 2013

To: Fountain of Life Gathering of Sept., 27th, 2013
Re: Psychological Abuse and Torture in Guise 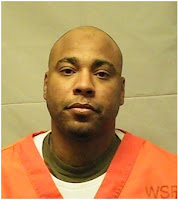 1) Distinguish guests! I write to you today to request that you take interest in the mental and psychological health of not only those prisoners who are clinically diagnosed as having psychological conditions, but those without problems but are being unfairly held in long term seg/ac for punishments that are guised up as Administrative management issues.

2) My personal experience in Wisconsin extends for 14 years of long term segregated confinement. Thirteen of them at the Wisconsin Supermax now guised as WSPF.

3) Allow me to provide context to these claims made by a class of us being thus held. In 1996 - 97, Governor Thompson petitioned the Federal government for money for corrections. That request was turned down because Wisconsin did not have an overcrowding problem. To get that money, Tommy Thompson created one.

4) Years later, when discussion of his unnecessary and unwarranted Supermax was placed on the table, told Wisconsin did not need such a prison and not enough prisoners were Supermax material, nor could be classified as such under the existing 308 Administrative Code. Language changed to overly broad and wide sweeping language so that the lack of required numbers needed to justify a Supermax prison was Hocus Pocus created.

5) Wisconsin went from having an estimate of 16 to 26 people on Administrative confinement (AC), to hundreds and a false mirage for a Supermax need. And once the pretext was built, the fuzzy math went from a few hundred to thousands or more on AC or some protracted long term segregation.

6) In addition of changing the language to permit carte blanche discretion and venal use of AC. The code was eviscerated of all its language that gave it any real and true non-punitive properties.

7) For example, language like 'while on AC a prisoners will be allowed the property allowed where he is allowed" (meaning AC could be re-fitted daily based upon the attitude of those who do not have a favorable opinion nor the rights of the prisoners at heart). Those who wish and want to see those suffer and be tortured the most.

8) This means they can tell you, as the case at WCI, that AC is the same as those doing punishment time except with a few more privileges to create the facade for the illusion of difference. The old code before Thompson's gut move, mandated prisoners be allowed all property and privileges that prisoners in General Population (GP) received unless and until it could be shown to be a 'security" concern.

9) With Thompson's gut and blanket discretion, prisoners like me have been one continuum long term of disciplinary punishment guised up as non-punitive AC.

10) You must realize that the only thing that creates and makes a distinction between hole time (Seg) punishment and/or verses AC (non punitive) status, is the amount of property you receive and the kind-of property you. receive, and- other things that have no legit security classification for restricting. Otherwise, AC is and will always be guised up punishment.

11) I offer the discapere eximere (following example): If you give one girlfriend a rose with three thorns on it and give another girlfriend one with six on it, and then tell them that each rose is different and tell the latter that her rose is more special and valuable that the former because of the extra thorns, and that she could count them as "more of a second rose", any materialist and psychologist would call me a cad and my spiel a svengali suzerain play.

12) This is the exact type of guised up word play DOC/WCI is playing on us long term AC/Seg prisoners.

13) Act two/Part two: Having created these problems, Thompson's cabal had to manage this flow by the revolving seg door and justification for long term seg. I.e., AC

14) See the picture? If I overcrowd the prisons, filling up the beds, I can add a few more hundred products/bodies, by also filling up all the segregation beds. So, my building capacity goes from 400 beds to 600 or 600 to 800.

15) But what do I do when it is time to let those in the hole (seg beds) out? Oh, that is no problem. Write tickets and send new people to the hole to trade them out. And do this as often as needed. It is easy to find faults among a bunch of criminals to justify more punishment. By this means the prison can always operate at full body capacity. No bed is to be left unturned. This is the same philosophy hotels employ.

16)So, this is why conduct reports are intentionally and maliciously written to the detriment of those in the cross hairs, and used with such distortion that a writer of current and provocative events can be labeled an Al-Qaeda for the sole purpose of making sure one seg bed will forever be full. Those of you who have gathered have the power, votes, and voice (vox populi) to stop this abuse and demand true and proper dealings with those being abused. Thank you for listening. Feel free to give feedback or help. Prince Aturn-Ra Uhuru Mutawakkil Norman Green 228213 WCI; PO Box 351 Waupun, WI 53963
Posted by FFUP at 2:36 PM