After reading Uhuru's profile below, please consider doing one or both of  all of these actions in his support:
1)Please use this template (click here) and write a letter to US attorney General Asking him to intervene and press for Uhuru's ( Norman Green 228971) release from Solitary confinement . This man has been in solitary for 18 years solely because of his prison advocacy and leadership abilities.  enough is enough
Here it is pasted below: a short but powerful letter:

Attorney General of the United States

Re: Human Rights/Torture Solitary Confinement of

1) We or I would like the U.S. Attorney General to investigate and bring suit against the state of Wisconsin and Governor Walker for the human rights violations of Mutawakkil ( Green) whom has been in solitary/administrative confinement ( AC/SC) for over 18 years concurrently.

2) We or I think this is torture as Inhuman Rights Committee has documented and defined. As a US citizen, I do not want people being tortured in our prisons.

3) If we do not enforce human rights in this country as defined by world community, how can we advocate human rights around the world?

Note: you can call or write the message or do both

Notes from advocate: I met Uhuru when I first started this work . He is billed as the "worst

of the Worst'- a big dangerous gang leader. That is not my experience. In fact, I asked another prisoner who knows him well , about Uhuru-"is he a big gang leader?" I asked.  "Who buys him his stamps?" was the response. At the time, it was me.
Uhuru has been a mentor to me and I consider him a visionary. Many of his writings are here and I recommend them. AS with all WI DOC inmates, there is no way for them to disprove allegations from staff or to correct the stories lines of the staff. A phrase I heard when starting this work is:"my conduct reports multiply like flies" .
Uhuru and I started a committee for gathering people who would review Administrative Confinement  prisoners to give them exposure. I found that although there was interest and support, there was too much fear of the DOC to actually join Recently a hunger strike was started aimed at raising awareness enough so we can in the foreseeable future  give these prisoners a future. The reaction of the DOC was brutal force feeding through the nose, which is torture is done maliciously or  when there was no medical emergency> we have not been able to communicate with the prisoners well enough to know how man prisoner are still on strike. Uhuru has filed a petition in federal court to stop the force feeding unless medically necessary . It strongly speaks against the torture that is happening throughout Wisconsin's  isolation cells.
Here is what he filed in court:
here is what Uhuru filed in court :https://ffupstuff.files.wordpress.com/2016/11/n-green-writ-all.pdf

Uhuru's Profile
Who is Uhuru?
Born: Southside, Chicago. Youngest of three siblings.
Difficulties in childhood: Struggled with the then little know dyslexia  and as a result lost interest in school and learned little to nothing despite my mother efforts to get help by the Chicago Education system and her own masters degree in special education.  As a result he entered the prison system with a 2nd to 3rd reading level and 4th to 5th in math.(As a baby, his mother rode her bike to Chicago State University with Uhuru on the back in a baby bike seat. He went to school with her almost everyday for the duration.
“Chicago State was like a second home or my first school.”

Street Smarts: Despite learning problems he was able to maintain food service jobs that did not require much education or reading. In some cases he was able to delegate to others stuff that required reading like menus and recipes.
Home experiences of cooking with his mother and BBQing with grandmother and uncle created a flair and love of cooking.

His father, a navy cook, owned two restaurants (before Uhuru was born) and that put the  spirit in his blood and memory from  stories-that food service was  natural and a calling.
Prior to prison he became a sous chef, salad chef before diner chef of the
Star of Chicago Dining Boat that cruised back and forth Lake Michigan from Navy Pier on Grand Street.

Family traditions legacy: his mother was a certified swim instructor at Chicago State. Uhuru can't recall when he learned to swim. It seem to him as if he had been swimming since birth.

Frequent beach trips to lakeshore for jazz and blues events are stock memories from child to adulthood as a family tradition in summer.

His mother and Godmother were directors and founders of a youth summer camp at Chicago State for inner city kids. Uhuru spent all his youth in one way or another going there.(Even Saturdays in the winter for swim classes he helped his mother teach in his teens.)

As a young teen he swam for a local Red Cross to raise funds He Also raced in swim meets for the West Pullman Park District at Circle Camps at University of IL,winning ribbons and medals in freestyle and breaststroke- Also on the West Pullman Park Waterpolo team, in which they played against other park districts in the city: Westside, Northside and South and some suburban highschools.

Some fun memories: Going Downtown to Halstad Street Market on Sundays with my father, the brunches we ate before or afterwards at Walgreen Dinners or Mama's Dinner; the noon movies I went to while he took business appointments! (Uhuru's fathers passed on this March 1st, 2016).

Natural Vanguard: Uhuru's desired to be a scout. He helped the junior troupe created a church boy scout troupe and he became the default leader for one year around seven or eight. Later he wanted to go into ROTC and eventually special forces; but in his time, the military did not allow people with educational difficulties.

His family has a general history of people in the military. Example: oldest brother is a marine, who is now a minister and always as inspiration to Uhuru. But by this time the streets had claimed him. He has a female cousin who was in the air force, and uncle in the army etc, and other traditions known and not known.

Framed and abandoned by friends: Uhuru has no family in Wisconsin. He came up to visit people he thought of as his family. A crime occurred and one or several of them fraudulently implicated or framed Uhuru who came up to visit while his dinner cruise Job was in winter hiatus. In short, the D.A. believed he knew who committed the crime and prosecuted him for the crime instead as party to it.  So for 26 years now he sits in WI prison.

Solitary Confinement: 15 of 18 years of solitary confinement was in what was at one time the most oppressive Supermax in the nation. WI SMI now WSPF ( Wisconsin Secure Program Facility)

Most pressing Days in Prison: “when my sister was murdered (1992). When my grandmother passed and I couldn't go to the funeral (2006) and recently when my cousin passed away (July, 2015)and my father passed away and the same conditions  (March1, 2016)

Last words if you do not wake tomorrow: I will quote the words of Bilal who prayed once that “ the torturers be compelled to see  himself in the body he (the torturer) abuses. (That God) grant him (the torturer) this one sight only because he deserves no other.”

Posture on the nonce: “We endure and come to realize that if cruelty does not break a man's back, it will strengthen his spine. My spine has become titanium.”
Uhuru 2016

Letter from His Mother to Senator Lena Taylor

TO:                               Senator Lena Taylor
P.O.BOX 8952
Madison, Wisconsin 53707
PH: 608-266-5810 / 414-342-7176 Senator Taylor@legis.Wisconsin.gov
Date:                                       May 16, 2015
RE:                                 Torturous Solitary Confinement for past 17 years of my son
1.   Senator Lena Taylor I write to you about my son. Ras Atum-Ra Uhuru Mutawakkil AKA Norman C. Green Jr. currently at Waupun Prison.
2.   My son has been in segregation status for the past 17 plus years for various political prison reform and most importantly his spiritual tenets.
3.   This torture of segregation started at Waupun in 1998. He was sent to the Super Max and was there for 16 years. He has been sent back to Waupuñ in 2013. Where he is now still on segregated status .(AC)
4.   He has not been off this status at all since 1998. However, the prison system tries to conceal this fact by using periods when he was in punishment segregation; as illusions of release when the conditions and status where the same with exceptions of certain property and canteen privilege restricted to make small distractions.
5.   DOC continuously suppresses my son's rights to practice his freedoms of spiritual conscience. He has litigated these issues and while the DOC acknowledge this, they still use his tenets as the basis to segregate/torture him with this protracted confinement. (See attached form requesting DOC/Waupun to approve spiritual disposition by the RPAC).
6.   I have written to the secretary of DOC requesting that they send my son to another prison system-i.e. federal, Illinois or Minnesota since they feel he can't be out of segregated confinement in Wisconsin. The Secretary past my letter onto the Warden at Waupun. He in turn double talked red herring and ad hominem the issue.
7.   This 17 plus years of concurrent solitary confinement has not been good for his health wise for my son. He has high blood pressure, joint pain and the other 24-7 illuminated lights. However these conditions are not life threatening yet or severe enough they are being over looked like this is the norm.
8.   The U.N. and all other Human Rights Institutions have stated prolong use of Administrative and Punitive Confinement Constitute Torture. The 17 plus years of my sons segregated confinement amounts to just that. Warden Harden's staff has only taken steps to further justifying their actions by seeking to manufacture anger management needs. My son does not and never had anger management issues. Yet they are trying to manufacture this as a requirement to just be considered for release from the 17 plus torturous confinement.
9.      Senator Lena Taylor I request that you help stop this torture being in flicked upon my son for his chance of spirituality and that they release him to general population or have him transferred to another system that do not dislike him and discriminate against him
.
I thank you for your time and attention in helping to expedite this matter. 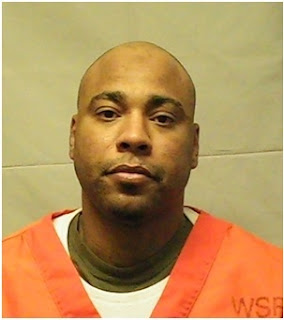