Witnessing Torture in the 21st Century by Mustafa

3 Essays By Mustafa, who is now in General population in WSPF but who spent many years on AC.

8  27 14
Last night I witnessed a formerly sane prisoner bang his head against the cell door until it bled; Medical treatment was required, This wasn’t an isolated incident. It is the reality of daily existence defined by the nations of the world, Us included, as torture, a deprivation of human rights.on
We being held for  years on end in boxcar style cells ( though a fraction of the size) that are like ovens in summer, deprived of all natural sunlight and fresh air for the but 2,1/2 hours a week, un able to turn off the lights in the cell, no physical contact other than during the handcuffing , shackling, and pat searching of us on the rare occasions we exit our cells, The sane and the insane are housed together; the latter exhibiting frequent airs shattering meltdowns-arguing with themselves, fighting, cutting, hanging themselves, overdosing etc-resulting in an atmosphere of extreme sleep deprivation.
The response to any resistance to these conditions? Brutality, which is rewarded. I’ve been here now for 7 ½ years and have witnessed act abhorrent to the hearts of the most hardened criminals, and apparently the world. Then why do these crimes against humanity persist?
NO MORE TORTURE!!
By Mustafa-EL K A Ajala 223971
a.k.a. Dennis E Jones-EL
WSPF PO Box 9900
Boscobel, WI 53805 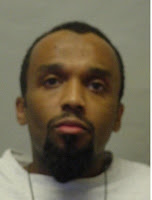 
Who  says there aint no death penalty in Wisconsin:  https://ffupstuff.files.wordpress.com/2016/05/jones-who-says-no-death-penalty.pdf
written a few years ago about suicides and mental health - although we no longer lead the nation in suicide rates there are still a lot of deaths and in some seg units harming oneself seems to be the only activity .We are working toward forcing the DOC to build Mental Health Treatment units like those mandated by lawsuit  womans prison TCI. Much is worse now- with more overcrowding and less programming and professional staff, Mustafa's words are probably more true today than they were.
Posted by FFUP at 4:18 PM