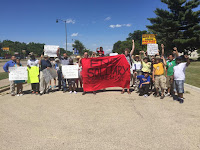 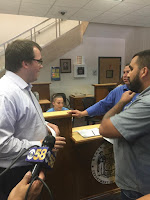 To: Jon Litscher,
Secretary DOC
DOC Headquarters
3099 East Washington Avenue
Madison, WI, 53704
From: Coalition for Support of Prisoners
Cc: to Harris -Dodd, Taylor, Media
June 21, 2017
Secretary Litscher,
We are writing you today to present the demands of the prisoners refusing food in order to bring attention to the overuse and abuse of administrative Confinement in Wisconsin's Prisons. As the public becomes aware of the torturous effect of any kind of solitary confinement longer than 15 days, you can imagine the outrage and bewilderment when they learned that we have inmates who have been in solitary for decades! It is time to change. Abolishing of long term solitary confinement is a nationwide phenomenon now and soon will include all solitary longer than a few days.
Please look carefully at the enclosed demands made by the striking prisoners. We support them in this and are working on our own list of demands that supplement this list with greater detail. We also realize that making this system rehabilitative, allowing the DOC to fulfill finally its mission statement, is a long term process but it must start with the questions Administrative Confinement poses. What do we do with the disruptive mentally ill and how do we separate the truly dangerous from the rest of the population?
"Proper mental health facilities and treatment of "short " and "long "term Solitary confinement prisoners." Is one of the demands. WI DOC knows what to do here- install mental health Treatment facilities like were mandated by the Taychedah (TCI) lawsuit in 2009(Flynn Vs Doyle 06-c- 537). The unit in TCI work well and a few years ago one was being planned for CCI when funding was directed elsewhere. Now is the time to build one at each maximum prison. There is no treatment now and staff is hard to hold- you will have no problem retaining staff if they can do their work with proper tools.
Changing the administrative rules back to where they were before the prison boom and Supermax, back the 1990's, is one way to begin to fulfill the other strikers demands. For when these rules were in effect, there were about a dozen AC prisoners and the system worked well.
Here are the most dramatic changes made that allowed the AC population to increase by the hundreds.
1990 Rule: One was put in AC if you were "recently violent". Rule Now: A "history "of violence" is all that is required, so prisoners are on AC for crimes committed decades earlier.
2)1990 Rule: One was put in AC if there was clear evidence you were a gang leader. Rule Now: One need to be a gang member and confidential informants are often used-to verify this.
3)Most Significant Rule: AC prisoners got the same privileges as far as property and general population prisoners. Rule Now: they get the privileges that coincide with their area which is generally very restrictive.
With these rules and others that were in place before the Supermax was even an idea, the A C rolls would diminish to a very few who are mentally ill to the point of being dangerous. These people would get full privileges and intensive therapy and be released as soon as is possible to transition to general population.
This is not a dream. It is achievable. Please take the prisoner demand seriously .We will be working with them to fill in the details and will have a further report for you soon.
One final matter: At is writing, Cesar DeLeon is having trouble with the WCI water because of the corrosive effects of the lead and copper in it he thinks. He has a history of sensitivity. He is refusing the water and is asking for bottled water which you are refusing, if expense is an issue we will gladly pay for it. Cesar De Leon is not the least disruptive and is totally aware and in control of his actions. We ask you to refrain from any extreme measures and to do the- humane thing. Please Give Cesar De Leon bottled water.
We thank you for your attention,
Coalition for Support of Prisoners
And Demands
Dying to Live
Demands from Hunger strikers, supported by petition signers

THE WHY: In the state of Wisconsin hundreds of Prisoners are in the long term solitary confinement Units AKA administrative confinement (AC). Some have been in this status for 18 to 29 years concurrently

The Problem: The U.N., several states , and even President Obama have come out against this kind of confinement, citing the torturous effect it has on prisoners.
The objective: Stop the torturous use of long term solitary confinement (A.C.) by:

1) Placing a legislative cap on the use of long term solitary confinement ( A.C.)

2) DOC and WIS legislators adopt/come into Compliance with the U.N. Mandela Rules on the use of solitary confinement.

3) Oversight board/committee independent of DOC to stop abuse and over classification of prisoners to “short” and “long” term confinement.

4) Immediate transition and release to a less restrictive housing of prisoners who been on the long term solitary confinement units for more than a year in the Wisconsin DOC.

6) And immediate FBI investigation into the mind control program that the DOC is currently operating in the system designed to recondition and break the prisoners the DOC considers a threat to their regiment. 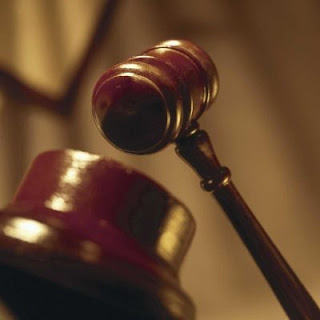 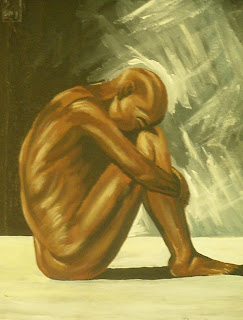